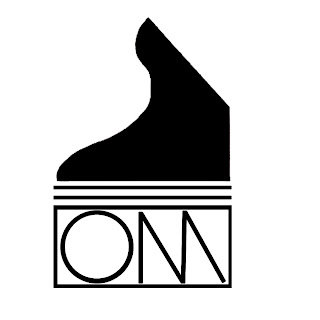 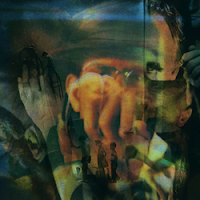 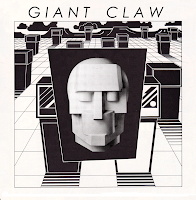 On this week's show we had the chance to chat with Keith Rankin, who is the gentleman behind the Giant Claw project and who, together with Seth Graham (a.k.a. Henry Dawson), run Orange Milk Records – a label that within the past few years has been building an impressive catalog with high quality artwork and stunning releases by the likes of Sean McCann, Ashley Paul, Sundrips, and Rankin and Graham’s own solo and collaborative work. Our conversation with Keith touched on his role in running the Orange Milk label, his work as Giant Claw, and his thoughts on underground music culture at large. Keith also provided us with several tracks from new and forthcoming Orange Milk-related releases to play throughout the show.

For more information or to purchase copies of some of the music played on this week's show, check out the following links: 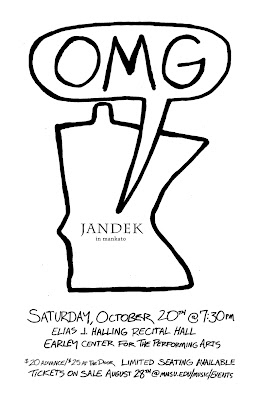 After months of planning and collaboration, we are so thrilled to finally announce that KMSU and the Minnesota State Performance Series will be presenting the first ever live performance in Minnesota by Jandek on Saturday, October 20th. Starting in 1978, Jandek has released a steady stream of recordings under the Corwood Industries imprint from a simple P.O. Box in Houston, Texas, with virtually no other information provided. The 2003 documentary Jandek On Corwood explored the music and myth surrounding Jandek and the following year saw the first live appearance in Glasgow, Scotland. Since then, Jandek has performed around the world with an assortment of locally and internationally known musicians that has included the likes of Thurston Moore (Sonic Youth), Mike Watt (Minutemen), John Darnielle (Mountain Goats), John McEntire (Tortoise), Loren Connors, Chris Corsano, and Richard Youngs. Jandek’s performances and catalog, now upwards of eighty titles, display a singular musical vocabulary while spanning a wide range of styles and approaches. In an age of social networking and over-exposure, Jandek remains as elusive and enigmatic as ever. In the end, all we have is the music.

Advance tickets go on sale August 28th and can be purchased through the MSU Music Department - Concert and Event page. Tickets are $20 in advance and $25 at the door. Limited seating available. Keep posted here on the FFF blog or with our good friends at Shuffle Function.
Posted by Free Form Freakout at 6:30 PM No comments:

Michael Yonkers Band "Microminiature Love" from Microminiature Love
Chris Forsyth "East Kensington Run Down" from Kenzo Deluxe
Willie Lane "Rare Psych For Wayne" from Guitar Army Of One
Gene Clark "Home Run King" from Two Sides To Every Story
Donovan Quinn & the 13th Month "October's Bride" from S/T
Love Is All "Make Out Fall Out Make Up" from Nine Times That Same Song
Stereolab "Miss Modular" from Dots and Loops
The Afghan Whigs "Debonair" from Gentlemen
Boz Scaggs "Lowdown" from Hits!
Steely Dan "Peg" from Aja
Kris Kristofferson "Sunday Morning Coming Down" from Kristofferson
Merle Haggard "The Bottle Let Me Down" from Best of
The Rolling Stones "Dead Flowers" from Sticky Fingers
Tom Petty & The Heartbreakers "Spike" from Southern Accents

Posted by Free Form Freakout at 3:43 PM No comments:


Posted by Free Form Freakout at 4:32 PM No comments:

Big Audio Dynamite "The Bottom Line" from This Is Big Audio Dynamite
Devo "Big Mess" from Oh, No! It's Devo
Soul Swings "Ca'-Ba'-Dab" from Wheedle's Groove: Seattle's Finest In Funk & Soul 1965-75
The Cure "Boys Don't Cry" from Boys Don't Cry
Primal Scream "Rocks" from Give Out But Don't Give Up
The Rolling Stones "That's How Strong My Love Is" from Out Of Our Heads
George Benson "Give Me The Night" from Give Me The Night
The Bar-Kays "Freakshow On The Dancefloor" from Dangerous
The Afghan Whigs "Going To Town" from Black Love
The Cramps "You Got Good Taste" from Smell Of Female
New Order "Love Vigilantes" from Low Life
Vampire Weekend "A-Punk" from S/T
A Flock of Seagulls "Space Age Love Song" from S/T
Talking Heads "Pulled Up" from Talking Heads: 77
Blur "Coffee & TV" from 13

Posted by Free Form Freakout at 4:04 PM No comments: 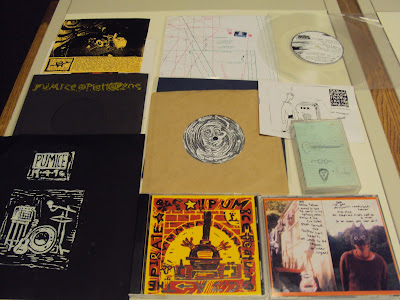 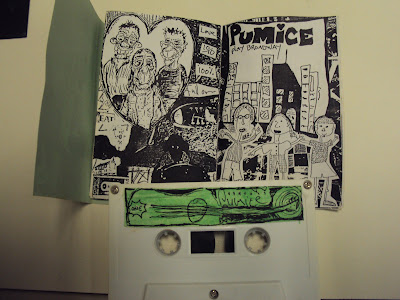 
We were joined in the studio by Chris Berry of Soft Abuse Records for this week’s podcast show. In what has become sort of an annual summer get-together, Chris endured a sweltering, air condition-less drive this time around to spin records from his personal collection. Whether post-show pizza is enough to keep him coming back for another year we’re not certain of at this point, but we’re glad he made the trek down because we not only got to hear some incredible new and obscure music, but he also came gripping some of the earliest and rarest releases from the Pumice catalog (pictured above). We also got a sneak peek at some of the forthcoming releases that Soft Abuse has in the works for the months ahead, including brand new Ulaan Markhor demo material.
Posted by Free Form Freakout at 8:11 PM No comments:

Liquid Liquid "Cavern" from S/T
Tinariwen "Onalahila Ar Tesninam" from Amassakoul
Coil "Teenage Lightning, Pt. 2" from Love's Secret Domain
Drexciya "Drifting Into a Time of No Future" from Neptune's Lair
Scott Walker "Tilt" from Tilt
The Creation "Biff Bang Pow" from Our Music Is Red - with Purple Flashes
Ponies In The Surf "Holes In The Wall" from See You Happy
New York Dolls "Stranded in the Jungle" from Rock N' Roll
Southern Culture On The Skids "Dirt Track Date" from Dirt Track Date
LL Cool J "Going Back to Cali" from All World
Wanda Jackson "Long Tall Sally" from Queen of Rockabilly
Paul Westerberg "Dyslexic Heart" from Singles O.S.T.
Black Flag "Rise Above" from Damaged
Elvis Costello "(The Angels Wanna Wear My) Red Shoes" from My Aim Is True
The Bar-Kays "Soul Finger" from Soul Finger

Posted by Free Form Freakout at 4:22 PM No comments: