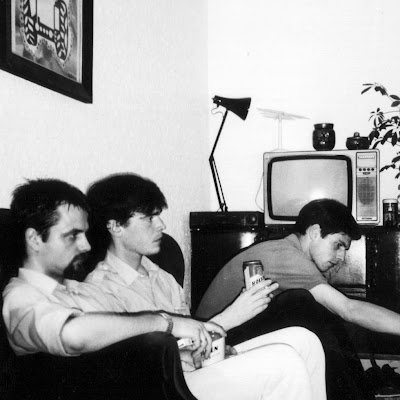 We were thrilled to have Graham Lambkin join us once again on this week's podcast show. This time around our conversation focused primarily on the forthcoming Shadow Ring double LP collection called Remains Unchanged that is due out on his Kye imprint in the coming weeks. This collection is made up of all unreleased material and charts an alternate, yet equally compelling, history of Lambkin’s former group - who created a bold and singular body of work within the decade they were active.

In addition to airing our conversation with Lambkin on this week’s show, we also played several selections from the new Remains Unchanged collection, along with a few other tracks from The Shadow Ring taken from their full-length releases. Graham selected a few additional songs to include as fair examples of the music that influenced The Shadow Ring during different periods in the group's history. And to close out the show, we played a few tracks from other recent Kye releases.

*Note: These tracks are also available on the Life Review (1993-2003) 2CD compilation released on Kye.
Posted by Free Form Freakout at 4:31 PM