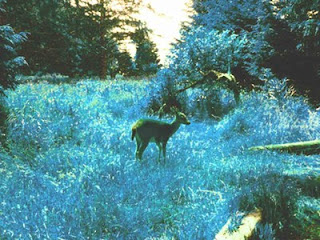 Gift Tapes, along with its sublabel Draft, have been issuing some of the boldest and most forward-thinking experimental electronic and synthesizer-based sounds within the cassette underground over the past few years, having put out releases by such reputable artists as Merzbow, Telecult Powers, Bee Mask, Pulse Emitter, The North Sea, and several others. We recently had a chance to speak with Jason Anderson, who runs both the labels, and who creates some impressive music of his own in the synth duo Brother Raven and in such solo projects as Spare Death Icon, Harpoon Pole Vault, and 2 Hands On Knobs. We air that conversation on this week’s podcast show and play some selections from both the Gift Tapes and Draft catalogs, including a few new and forthcoming tracks.

Check out the Gift Tapes and Draft websites for more information and to order available titles.
Posted by Free Form Freakout at 9:57 PM No comments:


Posted by Free Form Freakout at 9:39 PM No comments:

Rilo Kiley "The Moneymaker" from Under the Blacklight
Kraftwerk "The Model" from The Man-Machine
The English Beat "I Confess" from What Is Beat?
The Cure "Fascination St." from Disintegration
The Rolling Stones "Play With Fire" from Big Hits (High Tide and Green Grass)
Combustible Edison & Esquivel "Miniskirt" from On The Rocks
Louis Prima "Just A Giggalo" from On The Rocks
Gotye "Somebody THat I Used To Know" from Making Mirrors
Hard-Fi "Seven Nation Army" from Cash Machine EP
The Pixies "Caribou" from Come On Pilgrim
Screamin' Jay Hawkins "Moanin'" from A Dirty Shame O.S.T.
Adam Ant "Stand & Deliver" from Glitter N' Glitz, Vol. 2
Lords of the New Church "Like A Virgin" from Killer Lords
Jellyfish "The King is Half-Undressed" from Bellybutton
Silversun Pickups "Lazy Eye" from Lazy Eye
The Beatles "You've Got to Hide Your Love Away" from Help!

Posted by Free Form Freakout at 9:36 PM No comments:

Brute Heart "Eclipse" from Lonely Hunter
Austra "Beat and the Pulse" from Feel It Break
Gang Gang Dance "MindKilla" from Eye Contact
Soundpool "Mirrors In Your Eyes" from Mirrors In Yours Eyes
Demdike Stare "Hashshashin Chant" from Tryptych
The Pheromoans "The Greasy Years" from It Still Rankles
Times New Viking "Try Harder" from Dancer Equired
The Bamboos "Tighten Up" from Step It Up
The Black Lips "Mr. Driver" from Arabia Mountain
Guided By Voices "Teenage FBI" from Hardcore UFOs box set
The Stranglers "96 Tears" from Greatest Hits 1977-1990
Sam & Dave "A Place Nobody Can Find" from The Definitive Soul Collection
Blur "The Universal" from The Great Escape
Peter Tosh "Equal Rights" from Equal Rights
Wilco "Sunloath" from The Whole Love


On this week's show we played a few holdovers from the previous week's best-of 2011 show, along with some older tracks mixed in.

Posted by Free Form Freakout at 11:26 AM No comments: 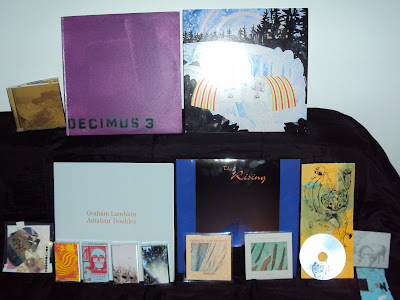 Now that the body has stabilized after excessive holiday sugar and alcohol consumption, and we can all focus on something other than year-end recaps, it seems like the right time to roll out the first podcast show of 2012. Some great new sounds have arrived in the past few weeks, which already has me excited about what's in store for the year ahead. For starters, this new LP of psychedelic folk weirdness from B. R. Garm titled "The 78th Morning Tide" has been getting some heavy play here in the FFF bunker. Garm (a.k.a. Brendan Evans of the group Visitations) assembled a collection of fuzzed-out, country-fried, idiosyncratic, campfire ditties that are as accessible as they are "outsider"; there's even a head-scratcher of a take on Gordan Lightfoot's classic, "The Wreck of the Edmund Fitzgerald". I can still picture Mr. Reid, my gravel-voiced junior high shop teacher, playing the original and reciting the lyrics to our class as some sort of mini history lesson on iron ore mining in our state. I'm reminded of him, along with the smell of soldering irons and melted plastics, as I listen to Garm's version. It's a new year so, of course, that means we can expect more adventurous new sounds from the always reliable Richard Youngs. His forthcoming album "Amaranthine", that Mie Music will be releasing in the coming weeks, shows him again pushing out into new sonic territory, here composing four lengthier pieces that feature a more prominent percussive feel. The melodic beauty of, say, "Beyond the Valley of Ultrahits" is still intact, but there's a free-wheeling, improvised energy, much like his "Inceptor" release, that send his vocals, electric guitar, synth, and shakuhachi accompaniment off in a fresh direction. Another seeker of new sounds is Ernesto Diaz-Infante. His latest release "Emilio" on Kendra Steiner Editions is a thirty-two minute composition made up of short sound sketches that explore various textures and techniques using the bajo sexto and electronic tanpura and singing bowl. Taken as a whole, it's quite a moving piece of work that, according to the liner notes, is a "yoik" to his late uncle that struggled with mental illness throughout his life. Lastly, I've noticed a lot more song-oriented material creeping into my listening of late, which I'll chalk up to the unseasonably warm conditions we've been experiencing here all winter. But I should mention that the last batch of tapes that Night-People put out in the Fall, which sort of flew under our radar at the time, is filled with some incredible skewed synth and guitar-based pop: the German Army and Hot & Cold tapes are a few favorites at this time. I'll definitely be spinning more from this batch in the weeks ahead. Until then . . .
Posted by Free Form Freakout at 9:24 PM No comments:

*Alvarius B. "The Dinner Party" from Baroque Primitiva
*Son of Salami "Wonderful World" from A Study in Eraser Headless Tape Recording
*UV Race "Burn That Cat" from Homo
*Amen Dunes "Lower Mind" from Through Donkey Jaw
*Village of Spaces "House A Home Part 2" from Alchemy & Trust
*Ela Orleans "I Know" from Double Feature split w/ Dirty Beaches
*Panabrite "Citadel in the Sky" from Omni Center
*Supreme Dicks "Jack Smith" from Breathing and Not Breathing
#Tom Waits "Last Leaf" from Bad As Me
#Paul Simon "Rewrite" from So Beautiful or So What
#Willie Nelson "16 Tons" from Remember Me Vol. 1
#The Rolling Stones "No Spare Parts" from Some Girls - Deluxe Edition
#Wild Flag "Something Came Over Me" from S/T
#Feist "How Come You Never Go There?" from Metals
#tUnE-yArDs "My Country" from Whokill
#The Black Keys "Lonely Boy" from El Camino

Posted by Free Form Freakout at 8:09 PM No comments: